Aspirin, NSAIDs and the GI Tract

We often need to know if you are using a medication containing aspirin or what are called non-steroidal anti-inflammatory drugs (NSAIDs), or may warn you not to use any of these. Usually, this is because of the potential for any of these to cause or aggravate ulcers or digestive tract bleeding. The risk of using NSAIDs is at least 1-2% per year of a serious complication like internal bleeding, a perforation or obstruction of an ulcer, or other GI tract serious problems. Many more people get indigestion from these agents without serious harm. However, people taking blood thinners like Coumadin (warfarin), Pradaxa, Xarelto and other newer blood thinners almost never should use any of these, though a small number of people with heart disease need to use a tiny dose of aspirin while they also take Coumadin or similar blood thinners.

For your information, we list here the commonest drugs in these categories.

What you should know about Aspirin & NSAIDS

Are NSAIDs available without a prescription?

Over-the-counter NSAID labels must contain information about the risks of heart attack, stroke, and stomach bleeding. As with any medication, always follow the directions on the label and the instructions from your doctor.
Never use an over-the-counter NSAID continuously for more than 10 days without checking with your doctor. Over-the-counter NSAIDs are effective pain relievers, but they are intended for short-term use. When taking NSAIDs for long periods of time, Your doctor should carefully monitor you so she can detect side effects and change your treatment if necessary.

Who Should Not Take NSAIDs?

Ask your doctor before taking an NSAID if:

How Do NSAIDs Work?

NSAIDs work by blocking the production of certain chemicals in the body that causes inflammation.

Do All NSAIDs Work the Same Way?

There appears to be no fundamental difference in the ability of different NSAIDs to reduce pain and inflammation. However, you might find that you get more relief from one NSAID over another and some NSAIDs may have fewer side effects than others. The effect differs from person to person. Some NSAIDs also may be more convenient, since they only need be taken once or twice a day.

What Are the Common Side Effects of NSAIDs?

Although NSAIDs are reasonably safe medications, it is important that you be aware of potential side effects. All NSAIDs carry a warning on the label about the risks of potential heart attack, stroke, and stomach bleeding. NSAIDs are safest when low doses are taken for brief periods. Side effects most commonly occur if you are taking large doses over a prolonged time (months or years). Some side effects are mild and go away on their own or after reducing the dose. Others may be more serious and need medical attention.

Common side effects of NSAIDs include:

Please note: The side effects listed are the most common ones. Not all side effects are included. Always contact your doctor if you have questions about your particular medication or if you are experiencing any unusual side effect. 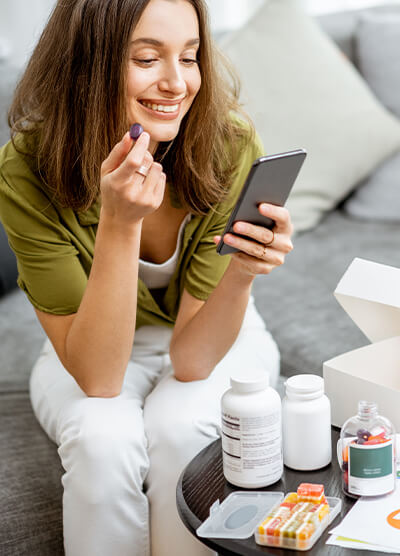