Celiac disease is a genetic and autoimmune disorder estimated to affect 1 in 100 people worldwide. The condition seems due to a protein called gluten. Gluten is found in grains like wheat, barley, and rye, as well as small amounts in a wide variety of other foods, additives and even some medications which can include certain vitamins and over the counter medications. The disorder is also known as gluten-sensitive enteropathy, celiac sprue, or non-tropical sprue. The condition can cause damage to the lining of the small intestine preventing the intestinal tract from absorbing nutrients into the bloodstream. It is important to seek treatment if you suspect you or a family member may have Celiac Disease. Two and a half-million Americans are undiagnosed and are at risk for long-term health complications.

A combination of environmental and genetic predispositions are associated with celiac disease. Meaning, you are at an increased risk for developing celiac disease if one of your first-degree relatives (parent, sibling, child) is diagnosed with the condition. Approximately 95% of individuals with celiac disease carry the HLA-DQ2 gene, and the remaining 5% may be positive with HLA-DQ8. Having HLA-DQ2 allele is common among Caucasian individuals and doesn’t necessarily mean you have celiac disease, but rather that you are at a greater risk of developing the disease.

Although celiac disease can affect anyone, it is more common with those who have conditions such as Type 1 Diabetes, Down syndrome, Turner’s Disease, and Autoimmune Thyroid disease, Sjogren’s syndrome or Microscopic Colitis.

Eating foods that contain gluten even in very small amounts can trigger an abnormal immune system response causing celiac disease. Over time, this response can cause digestion and absorption problems.

Blood tests — A blood test can determine an abnormal level of certain antibodies that when celiac disease is present but not treated. When individuals have some gluten in the diet, a negative screening antibody test means with rare exceptions celiac disease is NOT present.

Small intestine biopsy — If your screening celiac blood test is positive, the diagnosis must be confirmed by examining a small sample of the intestinal lining under the microscope. A tissue sample is usually collected during an upper GI endoscopy, where under IV sedation a small flexible lighted tube is passed down by mouth beyond the stomach to inspect and get small samples of the lining tissue from the duodenum, first portion of small intestine. Biopsies are done sometimes despite negative antibody testing if we still strongly suspect the disorder, or if it isn’t responding to appropriate treatment. Normally, the lining has distinct finger-like structures called villi, which help with absorption of nutrients. The villi become flattened in people with celiac disease, an abnormal inflammatory cells are present which are causing the damage. Once you completely stop consuming gluten, the villi can resume a normal growth pattern. Roughly 70% of people begin to feel better within two weeks after stopping gluten.

"Potential" (latent) celiac disease — Individuals with normal small biopsy results who have a positive serology for the tissue transglutaminase or deamidated gliadin IgA antibody (-tTG IgA) test are considered to have potential or “latent” celiac disease. People with latent celiac disease are typically advised to continue a gluten-containing diet, with close monitoring and regular follow-ups of small intestine biopsies.

"Silent" celiac disease — If you have a positive blood test and an abnormal small bowel biopsy, but experience no symptoms, you are said to have "silent" celiac disease. Since serious health consequences can still result, a gluten-free diet is still advised, and follow-up blood tests are done to check nutrient levels periodically.

Testing for malabsorption — You should be tested for nutritional deficiencies if your blood test and biopsy indicate celiac disease. Common tests include measurement of iron, folic acid, vitamin B12, and vitamin D. Bone density (DEXA scan) testing is commonly done. You may have additional tests if you have symptoms or signs of other nutritional deficiencies, such as changes in taste or smell, poor appetite, changes in your nails, hair, or skin, or diarrhea despite appropriate gluten restriction

Other tests — Other standard tests include a CBC (complete blood count), lipid levels (total cholesterol, HDL, LDL, and triglycerides), and thyroid levels. Once your celiac antibody levels return to normal, you should have repeat tests once per year to monitor nutrients and sometimes also recheck the celiac antibody.

Unfortunately, permanently removing all gluten from the diet and even trace amounts in other substances is the only effective treatment for celiac disease. This allows the intestinal villi to heal and improve absorption of nutrients. Untreated celiac disease can cause severe malnutrition and can develop into other autoimmune diseases and even sometimes forms of cancer. Taking nutritional supplements may make up for deficiencies but only the appropriate diet gets the condition into complete remission.

Gluten-free diet — The cornerstone of treatment for celiac disease is a complete elimination of gluten from the diet for life. Gluten is not only present in most commonly consumed wheat products (and barley and rye) but is also hidden as an ingredient in a large number of prepared foods, medications and supplements. Strict gluten avoidance is recommended, considering even small amounts can aggravate the disease. It is important to avoid both eating gluten.

Get help from a dietitian — An experienced registered dietitian (RD) with experience with celiac patients can help you learn how to live and eat gluten-free by educating you on food choices, preparation, and lifestyle changes. Excellent resources are also available from celiac medical centers, organizations, and support groups. Fortunately, there are far more gluten-free products in markets and in restaurants now than in the past, but the diet is still difficult to adhere to and emotional support to maintain motivation to stay strict is often needed.

Most patients with celiac disease start seeing positive changes shortly after eliminating gluten from their diet. Although full recovery can take a few months to rarely several years, restoration of the small intestine begins rapidly. It is important for people with celiac to be examined regularly by both a primary care and gastroenterology physician. 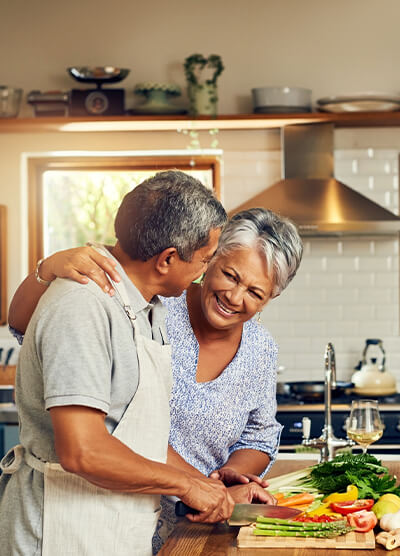