Constipation is best described as bowel movements that are infrequent or difficult to pass. It commonly occurs when waste moves too slowly through the digestive system or is not adequately eliminated from the rectum. Lifestyle habits such as poor diet, lack of physical activity, poor fluid intake and medications all contribute to symptoms of constipation. When it comes to bowel function, what’s ‘normal’ varies widely from one person to another. However, a regular frequency of bowel movements should be somewhere between three times a day to three times a week – anything less may be considered as chronic constipation. If constipation symptoms occur at least 25% of the time over a period of weeks or longer, it can become uncomfortable and problematic.

Constipation is influenced not just by diet but the contraction pattern and regularity of colon evacuation that changes with many other factors. Some of these factors include:

Age/Inactivity - Age alone doesn’t cause constipation, but decreased physical activity, use of medications which have with side effects on the bowel, and less fiber in diet often result in more bowel problems in the elderly.

Surgical/Medical Condition – Any physical and medical condition which weakens abdominal and chest muscles may make it harder to effectively empty the colon. Pelvic floor nerve and muscle disorders can cause extreme difficulty when evacuating, or cause rectal pressure that leads people to feel like they are severely constipated.

Constipation along with irritable bowel symptoms is are surprisingly common after hysterectomy and pelvic surgery but usually resolve with time. The cause is not well understood. Certain illnesses may also trigger bouts of constipation. It has been found common in individuals with Diabetes and in patients with Parkinson’s disease. Changes in nerve function and deficiencies of thyroid hormones are other reasons. Stress is a common cause of worsening constipation (or diarrhea) but in itself doesn’t cause a chronic disorder.

Common signs and symptoms of constipation include:

Most people do not need extensive testing to diagnose and treat constipation. Only a small number of patients with constipation have a more serious medical problem. If you have constipation for more than several weeks without clear cause, you should consult your clinician so they can establish the cause. If constipation is caused by colon cancer, early recognition and treatment are crucial.

Tests your doctor may perform to diagnose the cause of your constipation include blood tests, hormone imbalance tests, imaging studies such as CAT scans which look for obstruction of the colon, or a colonoscopy to look for causes of pain, bleeding, blockage.

Look at the causes that best apply to you and try to correct as many as possible. Here are some possible treatment options if you suffer from constipation:

Most patients who follow the treatment options above should have improvement in their constipation. 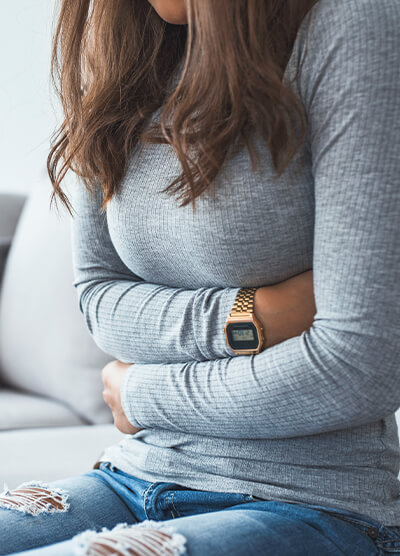