Eosinophilic esophagitis (“EE”) is one of many types of esophagitis (inflammation of the esophagus). It is not as common as acid reflux esophagitis but has many of the same symptoms. In many cases, in fact, there is a combination of acid reflux and “EE”. EE is caused by an abnormal accumulation of eosinophils in the lining of the esophagus (swallowing tube). Eosinophils are a type of blood cell that can be seen in the esophagus lining, but usually very few are visible under the microscope. In EE these cells are present at an increased level. The reason for this increased accumulation is unknown. Often individuals with eosinophilic esophagitis have allergies or an allergic disorder (i.e. asthma, allergic rhinitis, urticaria, eczema etc., sometimes only as a child). Eosinophilic esophagitis is a rare condition. Of those adults affected with EE, the majority are men in their 20-30s. Children can also be affected..

Eosinophilic gastroenteritis may be due to allergies to an as yet unknown food allergen in many cases, people who have this kind of esophagitis are allergic to one or more foods. Some foods that may cause eosinophilic esophagitis include milk, eggs, wheat, soy, peanuts, beans, rye, and beef. However, conventional allergy testing does not reliably identify these culprit foods. People with eosinophilic esophagitis may have other nonfood allergies. For example, inhaled allergens, such as pollen, may be the cause in some cases.

Symptoms often include heartburn and more commonly difficulty in swallowing, or the feeling that food is getting caught or stuck in the esophagus. Chest pain that isn’t typically heartburn can occur. Children get nausea and may fail to grow normally but nausea is uncommon in adults.

There are various forms of treatment for EE. They are as follows:

To operate the inhaler:

Side effects of steroid inhalers can include the development of a yeast infection in the mouth (thrush), esophagus or respiratory tract. Other typical side effects of steroids can occur, but with a much-lessened incidence as compared to oral medication like Prednisone, because so little of the medication is absorbed.
If an individual just can’t manage an inhaler, a liquid suspension of medication can be made up, usually at greater cost and only by a compounding pharmacy.

The most common complication is food becoming caught in the esophagus. This can lead to erosions (irritation) or ulcerations on the wall of the esophagus.

What kind of follow up will I need or when should I seek medical attention?

Routine follow-up is not required once we know that treatment is working well and you have clear guidance about how much of the time to be using the acid blocker (usually LONG TERM) and using the steroid inhaler (usually intermittently if symptoms relapse). However, if you continue to have problems despite following the recommendations, call your gastroenterologist. Go to the nearest emergency department if an obstruction causes an inability to swallow which won’t clear up within a couple of hours, or call 911 if this blockage interferes with breathing. 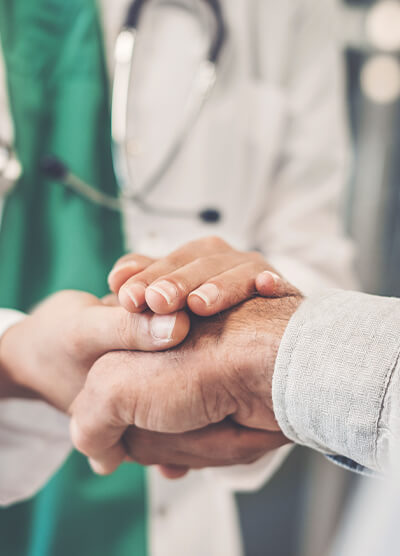