Most people have bacteria in the stomach, called H pylori. A SMALL percent may get a disease or disorder from the condition. Most acute, or chronic, indigestion is NOT due to HP. GERD (gastroesophageal reflux) seems to have nothing to do with HP or possibly occurs more in those who do NOT have HP. Over 90% of chronic indigestion has nothing to do with H Pylori or ulcer disease, and treatment for HP won’t cure it!

However, when a peptic ulcer is diagnosed or a form of gastritis is diagnosed, and where anti-inflammatory NSAID medications aren’t responsible, then H pylori is commonly the culprit and curing this may cure the condition permanently.

There is no exact cause for H.plyori. It is said to be spread by direct contact and through contaminated water. H Pylori is mostly acquired in early childhood, probably from other little kids, where stomach content winds up going from child to child rather easily (kids burp and vomit!). Adults who don’t have the bacteria rarely seem to get it; it doesn’t appear to spread by food, water except in unusual circumstances. Third world conditions associate with over 90% of the population having it; in the contemporary western world, with less crowding, better hygiene etc, presently only small numbers of young adults and much fewer older adults have H pylori.

In most cases, H. pylori is acquired during childhood and in third world countries. Living in an area which is underdeveloped and overcrowded, is a high-risk factor for the spread of the bacteria. In addition, a non-reliable water source can cause this condition.

When H pylori is actually causing disease, some signs and symptoms of H. pylori infection may include:

If there is a good reason to look for it, there are tests on blood (for antibodies to HP), breath (to detect bacterial activity), stool (to detect a bacterial antigen protein); and we sometimes will do UGI endoscopy procedures to diagnose the cause of the indigestion and take tissue samples for a simple enzyme test (CLO or urease test) or sometimes to send to the pathology lab to look at microscopically.

There are many people who have HP who will get NO benefit from treatment, or may wind up with side effects of treatment, and who won’t be harmed by “keeping” their HP. But, if treatment makes sense, there are many “recipes” we use. None are simple, All involve atleast 2 antibiotics taken together for 10-14 days, and a twice-daily dose of a strong PPI type acid blocker. HP gets resistant to antibiotics easily; so older treatments aren’t very effective any more. If we treat, we find out if you’ve EVER taken Biaxin (clarithromycin) or metronidazole (Flagyl). We pick the recipe we think will do the best job at the least expensive price (if we have a choice).

In people diagnosed with ulcers, we often are already treating with once or twice a day PPI acid blocker, and after HP is treated, we may keep up the PPI for a period of time until we are confident the ulcer is healed (this can take 4-12 weeks depending on the ulcer). In cases where the HP was causing a serious problem, like a bleeding ulcer, we MUST retest a person 6-8 weeks after treatment is done and when they are off the PPI acid blocker to see if the treatment was successful. NO TREATMENT is 100% effective! A stool test or breath test is typically done to test for the success of treatment; rarely, a 2nd endoscopy is needed and we’ll run HP tests from stomach tissue.

NOTE: Treatment will fail if a person fails to take at least 85% of the medication doses. And, the bacteria will then be resistant to those antibiotics!

Actually the most common situation where this happens is when the HP was not causing indigestion in the first place. In reality, if indigestion doesn’t totally control by a single dose of PPI acid blocker, and only happens when PPI is stopped, we can be confident the HP has nothing to do with the symptoms...so why bother retreating? We re-treat ONLY when the risk of keeping HP is clearly greater than the risk hassle cost etc of taking yet another treatment. If you have a bleeding ulcer we’ll keep trying. For more information, inquire through our SCGA portal, for a full list of medications for H.pylori.

Keep in mind your body plays host to hundreds/thousands of bacterial species, inside and out; your colon has a few pounds of bacteria! So a mild bacterial presence in stomach is nothing alarming. In fact, having HP does cause the stomach lining to show microscopic very mild inflammation, just a “normal” response to the bacterial presence (so does the normal colon lining, for that matter). In a small percent of people, maybe because of a more aggressive genetic strain of HP, or because of some form of stomach lining delicacy, the “gastritis” (stomach lining inflammation) gets more severe....may associate tiny breaks in the lining (erosions) or bigger breaks that get deeper (ulcers), and may alter the first portion of duodenum such that duodenal inflammation or ulcers develop. About 5% of people with HP, ordinarily only as adults, get symptoms in fact related to the HP. BY FAR THE MAJORITY OF INDIGESTION, reflux, upper abdominal pain etc is not due to the HP that people may have.

Serious cases of gastritis may cause upper abdominal pain, nausea, and indigestion; may even cause very slow blood loss. Ulcers from HP are more likely to cause worse symptoms and rarely may have complications (bleeding, perforation). People who have HP, and are also using aspirin or NSAID (non-steroidal anti-inflammatory drugs), such as ibuprofen (Motrin, Advil), naproxen (Aleve), diclofenac (Voltaren) etc are much more likely to get an asymptomatic form of gastritis or ulcers. Bleeding ulcers are more associated with the NSAIDs than with HP by itself, but together are more harmful to the stomach and duodenum.

Finally, in parts of the world where stomach cancer is common (not the US, Canada, most of Europe), HP is often present and has caused a more severe form of gastritis gradually over MANY decades. This “chronic” advanced gastritis itself causes no symptoms. There are only exceptional reasons where we think that testing for HP and treating it makes sense as a preventive measure for stomach cancer: in some families where there is a “lot” of stomach cancer (not colon or other types, just “gastric” cancer); in some regions where advanced gastritis and cancer are frequent, or in the children of a parent with stomach cancer. Otherwise, having non-symptomatic HP is a nearly trivial factor in terms of stomach cancer risk. 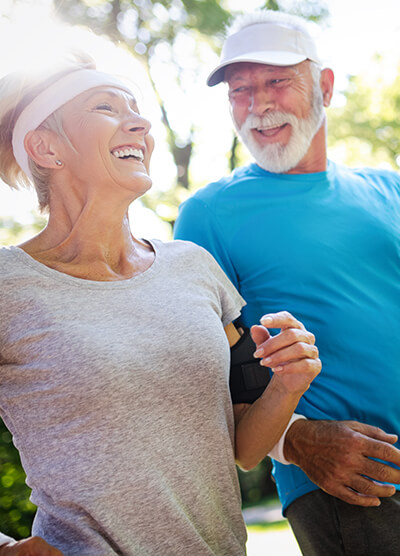