As those who suffer from IBS know, IBS is a frustrating and chronic condition which can cause constipation, bloat and/or diarrhea, along with other bothersome symptoms and often-times varied food intolerances. Though basically we still don’t know what causes IBS, there are new ideas that are being studied and which may lead to new treatments. One such idea relates to small intestine bacterial overgrowth (SIBO).

We’ve long known that the small intestine (the fifteen feet or so beyond the stomach, where food is absorbed) stays fairly free of bacteria, compared especially to the colon (large intestine), which has enormous amounts of bacteria. We know that if large amounts of colon bacteria grow inside the small intestine that food digestion can be altered, abnormal amounts of gas and other chemicals can be released and that some individuals develop diarrhea. However, there is now good evidence that modest amounts of SIBO may occur in at least some—perhaps most—sufferers of IBS. Some cases follow a bad but acute “ stomach flu”; others for unknown reasons, but in either case, the small intestine may fail to do its normal “housekeeping,” in which strong contractions sweep all the way down from stomach to colon and push food debris and bacteria down into the colon. SIBO can then result, which may release gas (methane and hydrogen particularly) inside the small intestine, where gas doesn’t belong normally. The methane, in turn, seems to have a further slowing effect on intestine function. The result: bloat and constipation, even though the anatomy looks fine. Others may get diarrhea from the disturbances in nerve and bacterial balance. The intestine becomes excessively sensitive and irritable in its behavior. This theory is still controversial but there is good evidence supporting this. Researchers have even developed models in animals that support this theory, and more research is underway to understand why some people are susceptible, some not, and why different symptom patterns occur.

Is there a test for SIBO?

Yes, but not a test that is necessary in every case in order to try treatment. In fact, the most “specific” test, of quantitative cultures of bacteria deep within the small intestine, is not practical or sensible. When we feel it is very important to test for before treatment, we refer patients to our specialty lab for a “breath test”. After some diet preparation and attention to what medicines you might be taking, a drink of a precise dose of a sugar solution is taken (lactulose, sometimes glucose). If there is significant amounts of bacteria, or very abnormally fast transit through the small intestine, bacteria break down the non-absorbed sugar and release hydrogen and sometimes methane; the gas concentration is measured in samples of breath periodically over about 2 hours. An abnormal pattern of gas detected is evidence of SIBO. The test is NOT 100% accurate or specific, but a positive test helps confirm the idea SIBO is present; a negative test helps us know that SIBO is very unlikely. The test is harmless and easy to do, just takes time. We provide the SIBO breath testing through our lab, preferably with a take-home kit for which we have an instructional video; there is a modest fee for the convenience of the home test kit. We do offer the option of going to our lab to have the test administered if you wish. HMO patients need to have prior authorization for the test.

What do I do about my IBS?

If we believe it may be useful to treat the possibility that SIBO is causing or contributing to symptoms, there are several steps we need to follow:

While we don’t yet have a “cure” for IBS, we hope that the theory of SIBO explains many cases of IBS, because this would make us optimistic that treatment described here can offer a new approach to an old stubborn problem. 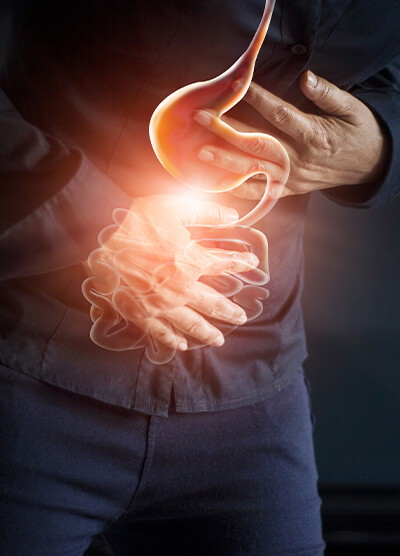