When everyday foods are hard to digest, causing pain in one’s bowel area, one might discover they have Irritable Bowel Syndrome (IBS). In some cases, specific carbohydrates may cause the symptoms of Irritable Bowel Syndrome. Irritable bowel syndrome (IBS) has long been debated and researched by gastroenterologists. Some think it is caused by a small intestine overgrowth of bacteria in many, or after effects of what might be long ago “stomach flu.” Genetic factors, stress factors, and others make the digestive tract prone to discomfort, pain, bloating, altered bowel function and other symptoms. Over the past decade, however, the role of some specific food intolerances as a major contributor to symptoms —and a new dietary approach, called the low FODMAPS diet, is gaining wide acceptance and improving the symptoms of IBS patients around the world.

The theory is that many people with IBS have trouble digesting certain carbohydrates in their small intestines. Molecules of these foods pull fluid into the intestine and get fermented by bacteria, releasing gas and sometimes release other chemicals that may speed up or slow down the colon function, contributing to constipation, diarrhea and particularly to gas and bloating. All the forms of IBS have 1 or more of these symptoms.

Collectively, they're known as FODMAPS, which stands for:

The low-Fodmaps diet recommends eliminating all of the foods stated below for a period of six to eight weeks, and then gradually adding back one group after another to identify which cause the most trouble. Eventually, many IBS sufferers find they can tolerate many foods on the list as long as they keep the total amount of FODMAPS under a certain level.

1.Many of these substances are common in many prepared and healthy foods;

The elimination of FODMAPS food should not be total or strict beyond several months because too many healthy foods would be eliminated. Therefore a short enough period of strict FODMAPS reduction should always be followed by cautious re-introduction of small amounts of foods that are healthy or missed the most. If the reduced symptoms remain in good control, larger portions or other foods can be introduced. Many IBS patients need help from our nutritionist or from registered dietitians to this right.

2.Making proper adjustments in specific foods and portions of the fodmaps foods, many IBS patients find they can gluten and can have small amounts of many of the FODMAPS foods.

The low FODMAPS diet, which originated with the dietitians and gastroenterologists at Monash University in Victoria, Australia, has changed the practice of GI considerably and puts patients in much better control of their lives and diet.

3.This diet does not make everything better, but it makes a lot of people significantly better.

William Chey, director of the Gastrointestinal Physiology Laboratory at the University of Michigan Health System, first tried the diet with IBS patients in 2008. "This FODMAPs approach doesn't make everybody better, but it makes a lot of people significantly better," says Dr. Chey, who is also co-editor-in-chief of the American Journal of Gastroenterology. "We've been missing the boat in not recognizing the role of foods in functional GI disorders," Dr. Chey says. "We'll see much more attention to this in the next few years." 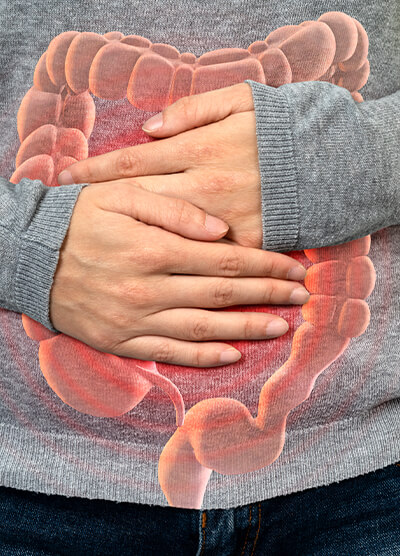