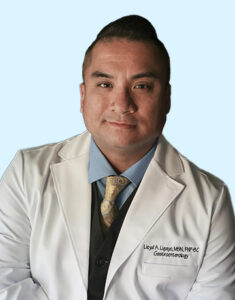 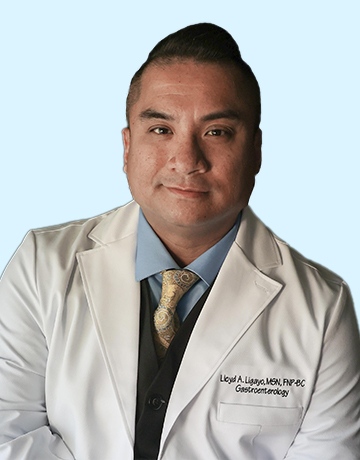 Lloyd A Ligayo, MSN, FNP-BC, is a board-certified nurse practitioner. His undergraduate studies include a BS in Biology from California State University, Los Angeles, and a BS in Nursing from Western Governors University. Utah. He later attained his MSN from Western Governors University, Utah, focusing on Leadership and Administration. His nursing foundation was formed in the critical care setting working for ten years in various intensive care units.

Additionally, he was a Nursing Professor and Clinical Instructor for various educational institutions. He then decided to take his career further by attaining another MSN degree in Family Nurse Practitioner from Purdue University Global, Florida. After which, he spent his NP career in Primary Care and then transitioned to inpatient Care under a Gastroenterology specialty as a member of Providence Saint Joseph Medical Center, Burbank.

He is married with two children. In his spare time, he enjoys watching movies and trying new foods.

I strive to provide top-quality medical care through patience and education. The care I provide is tailored per patient case in accordance with evidence-based and updated guidelines. I take time to listen to their concerns and needs to achieve their individual health goals. I welcome patient and family participation with support and guidance.

Lloyd A Ligayo, MSN, FNP-BC is able to offer online tele-health services for patients who want to see or speak to the provider from the comfort of their home. Please contact our office at 818.845.3773 to schedule an appointment.