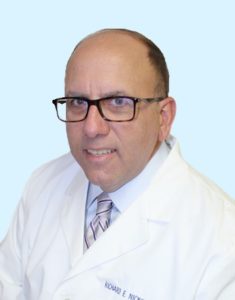 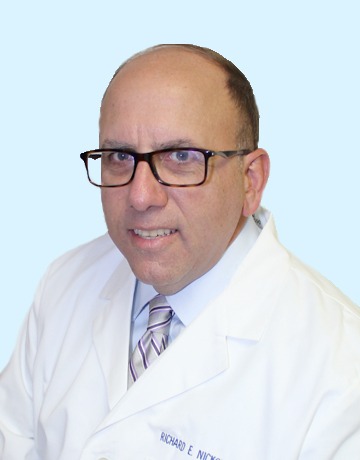 Dr. Richard E. Nickowitz graduated from Yale University in 1983. He went on to study at Cornell University Medical College in New York City, graduating in 1987. His Internal Medicine residency was completed at The New York Hospital/Cornell Medical Center. Subsequently, he completed his combined fellowship in Gastroenterology and Hepatology at Mount Sinai Hospital, also in New York City. He joined Alliance Digestive Disease Consultants in July of 1993 and has been on the medical staff at Huntington Hospital in Pasadena since then. He is ABIM (re)certified in Internal Medicine and Gastroenterology.

Dr. Nickowitz has been an active member of the teaching faculty at Huntington Hospital and served as GI Section Chairman for two years. Currently, he is the Medical Director of the Department of Gastroenterology. Additionally, Dr. Nickowitz is a founding partner of the Pasadena Endoscopy Center and has served as the Centerâ€™s Medical Director since April of 2013. His areas of interest include inflammatory bowel disease, biliary tract disease, liver disease, and endoscopy.

Dr. Nickowitz is very active in community affairs and sits on the executive board of his childrenâ€™s elementary/middle school. He is also involved in several other charitable organizations. His wife, Millie Wenger, MD, works in the Student Health Center at USC. They have three children.

Dr. Nickowitz strives to provide excellent patient care while educating his patients about their condition and treatment options.

Dr. Richard Nickowitz is able to offer online tele-health services for patients who want to see or speak to the provider from the comfort of their home. Please contact our office at 626.793.7114 to schedule an appointment.