Inflammatory bowel disease (IBD) involves chronic inflammation of all or part of your digestive tract. IBD primarily includes ulcerative colitis and Crohn's disease. Both can cause mild symptoms in many, but may also cause severe diarrhea, pain, bleeding, fatigue and weight loss in others. IBD can sometimes become debilitating and may lead to life-threatening complications.

The exact cause of inflammatory bowel disease remains unknown. Previously, diet and stress were suspected, but now doctors know that these factors may aggravate but do not cause IBD. One apparent cause is an immune system malfunction. When your immune system tries to fight off an invading virus or bacterium, an abnormal immune response causes the immune system to attack the cells in the digestive tract, too. Heredity also seems to play a role in that IBD is more common in people who have family members with the disease. However, most people with IBD do not have this family history.

Some Risk factors for IBD are as follows:

Inflammatory bowel disease symptoms vary, depending on the severity of inflammation and where it occurs within the body. Symptoms may range from mild to severe. You are likely to have acute episodes (flares) followed by periods of remission. Signs and symptoms that are common to both Crohn's disease and ulcerative colitis include:

Your doctor will likely diagnose inflammatory bowel disease only after ruling out other possible causes for your signs and symptoms, including ischemic colitis, infection, irritable bowel syndrome (IBS), diverticulitis and colon cancer. He or she will use a combination of tests. To help confirm a diagnosis of IBD, you may have one or more of the following tests and procedures:

The goal of inflammatory bowel disease treatment is to reduce the inflammation that triggers your signs and symptoms. In the best cases, this may lead not only to symptom relief but also to long-term remission and reduced risks of complications. IBD treatment usually involves either drug therapy or surgery. There is no cure for IBD. Doctors use one of two approaches to treatment: "step-up," which starts with milder drugs first, versus "top-down," which gives people stronger drugs earlier in the treatment process to stop the damage before it progresses. Medications most commonly prescribed for IBD patients fall into five basic categories:

Aminosalicylates include mesalamine, sulfasalazine, balsalazide, and olsalazine. These drugs can be given orally or rectally and work to decrease inflammation at the inner wall of the intestine. It does not suppress the immune system and is effective in treating mild-to-moderate IBD.

Corticosteroids include prednisone, prednisolone, methylprednisolone, and budesonide. These drugs also reduce inflammation, but they target your immune system rather than directly treating inflammation. Instead, they block the immune responses that release inflammatory chemicals in the intestinal lining. These can be administered orally, rectally or intravenously and are effective for short-term control of acute episodes (flares).

Immunomodulators include Azathioprine and 6-mercaptopurine (6-MP), methotrexate, and cyclosporine. These medications modify the body’s immune system and stop immune response. These drugs are typically prescribed to patients whose treatment with Aminosalicylates and Corticosteroids were ineffective, or along with biologic therapies to help them work more effectively.

Biologic Therapies are antibodies grown in the lab and work to target very specific molecules involved in the inflammatory process. These include TNF blockers (adalimumab, infliximab, golimumab, others); integrin blockers (vedolizumab) and IL12/IL23 blocker (ustekinumab).

If diet and lifestyle changes, drug therapy, or other treatments don't relieve your IBD signs and symptoms, your doctor may recommend surgery.

Sometimes you may feel helpless when facing inflammatory bowel disease. But changes in your diet and lifestyle may help control your symptoms and lengthen the time between flare-ups. Limit dairy intake, try low-fat foods, limit fiber intake, avoid problem foods, eat smaller portions and drink plenty of fluids. Specific approaches and medications to control symptoms can be discussed with your clinician. Diet changes are very individualized and restricting foods without discussing in detail can lead to imbalanced diets with serious health consequences. Handling stress in your life and the stress of having IBD is a very important aspect of ongoing treatment.

Talk to your clinician about any herbs or supplements you're taking since some can be harmful to your liver. 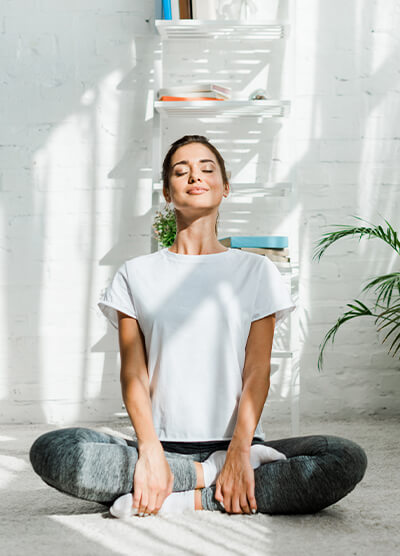